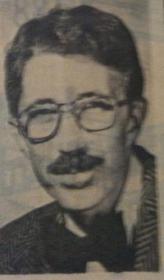 I have also seen the completion of a six-volume history of Missouri, published by the University of Missouri Press, in 2004, for which I served as General Editor, which began in 1971, thus finishing a thirty year project. In spring 2000 I served as Aspinall Professor of History at Mesa State College, Grand Junction, Colorado. I also continue active on the lecture circuit, as Historian for the Fraternity of Phi Gamma Delta, and in various capacities in Phi Alpha Theta and the Mississippi Historical Society.