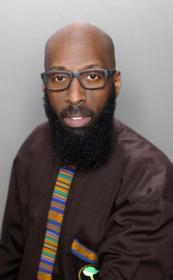 Fannie Lou Hamer Freedom School and Culture Center, Etta, MS
Responsible for creating and executing daily lesson plans that enhance students’ ability to grasp information at various educational levels, to think critically about the world around them, and to apply academics toward the betterment of their personal being and the communities from which they hail.  Responsibilities also include serving as mentor, curriculum advisor, and program committee co-chair. As co-chair, I assist in organizing and implementing community-based workshops and programs dedicated to communal uplift and development. In addition, the position requires public discussion on broad topics in U.S. History and more specific issues such as the historical affects of racism on America's development and the need to protect and educate America's youth.
Save Our Children Foundation Oxford/Lafayette County, MS
Helped plan and implement scholarship banquets for twelfth grade students as well as assisted in organizing and implementing fundraising activities. Responsibilities also included attending meetings designed to identify and craft solutions to the problems facing area youth as well as discerning the best methods for involving the community in the overall process of helping at risk teens identify and implement positive life choices.