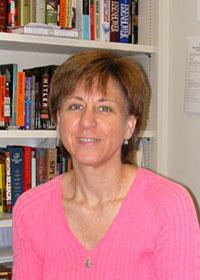 Mary Kathryn Barbier received her Ph.D. from the University of Southern Mississippi in December 1998. She received a two-year postdoctoral fellowship from International Security Studies at Yale University. While at Yale, Barbier worked on two popular books. The first, "Kursk: the Greatest Tank Battle Ever Fought 1943," has also been published in five other languages. The second, "Strategy and Tactics: Infantry Warfare: The Theory and Practice of Infantry Combat in the 20th Century," was a collaborative effort with Andrew Wiest. In the summer of 2002, she attended a three-week seminar at West Point before starting an appointment at the University of Guelph, where she taught the US history survey and a War & Society course. Since accepting the position as an Assistant Professor at Mississippi State University, she has published numerous books and articles, including a brief history of the US Army for fifth graders and “D-Day Deception: Operation Fortitude and the Normandy Invasion (2007). In 2005-2006, Barbier gave lectures for Philadelphia-Newton Country schools’ workshops, which included a week-long WWII workshop for the Mississippi Connections Program. In cooperation with the Center for Historical Studies and the Mississippi National Guard, Barbier organized a Global War on Terror Oral History Project, the purpose of which was to interview Mississippi National Guard Personnel who served in the Global War on Terror. Barbier has also co-organized several regional conferences, one of which led to the publication of a collection of essays that she co-edited with Richard Damms, and has developed courses on the History of Grand Strategy and Intelligence Gathering. She also co-edited "America and the Vietnam War: Re-examining the Culture and History of a Generation” (2010) with Andrew Wiest and Glenn Robins.  For two summers, Barbier participated in International Security Studies' Ivy Scholars Program at Yale University, which attracts gifted high school students from around the country. Barbier is currently engaged in several research projects, including “A Candle in the Wind: The Life of World War II Double Agent Lily Sergueiew,” which is related to a recent publication, “I Worked Alone: Diary of a Double Agent in World War II Europe” (2014). Prior to her promotion to professor, she published “Spies, Lies, and Citizenship: The Hunt for Nazi Criminals” (2014). A second book project – “Following Sinatra’s Lead: Determined Women Who Did It Their Way” – is in its early stages. In addition to her academic engagement, Barbier is involved in other professional endeavors. In January 2014, she assumed co-editor duties at War in History. She is also co-director of the recently established Second World War Research Group – North America (SWWRG-NA) and co-series editor of a six-volume cultural history of war.

Articles and Chapters of Books

•“’Fly Me to the Moon’: How the Fab Four Helped Forge a New Transatlantic Relationship.” Presented at the Transatlantic Studies Association virtual conference, July 2021.

•“Good Wartime Policy? Double Agents, a Deception Plan, and an Invasion.” Presented at the Society for Military History conference, Norfolk, VA, May 2021.

Reviews in the following