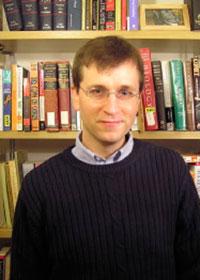 My work explores the intersection of science and American popular culture in the late nineteenth and early twentieth century. I'm interested in the process by which science became first a topic of polite conversation, then a launching pad for political and literary fantasies, and finally, in the rueful words of a liberal Baptist minister in 1932, "the arbiter of this generation's thought."
My first book, The First Atomic Age: Scientists, Radiations and the American Public, 1845-1945, is an examination the first half-century of Americans' experiences of radiation and radioactivity. I argue that the intense interest they generated among nonscientists influenced the prestige of science and medicine, and provided the real foundation for post-Hiroshima nuclear culture. My second book project, on which I am currently conducting research, deals with the relationship between scientific authority and adult sexual education in late nineteenth and early twentieth century America.
My colleague Alix Hui and I are the incoming editors for the Editorship of the History of Science Society. Starting in July 2019, we will be responsible for the Society’s publications, including Isis and Osiris and an expanded roster of digital publications.

• “‘Every Physician Must at the Present Time Be a Missionary:’ Physicians and sexual morality in the Progressive Era,” History of Science Society Annual Meeting, November 2016, Atlanta, GA.

• “From The Art of Love to The Sexually Adequate Male: Marital advice books in the twentieth century and the new concept of sexual expertise,” Western Michigan University Medical Humanities Conference, September 2015, Kalamazoo, MI.