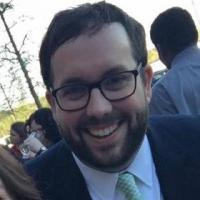 I am a seventh year doctoral candidate from South Fulton, Tennessee. I am interested in Early-Modern and Modern European political economy, state development, and imperialism. My dissertation focuses on the transition of the British “fiscal-military” state into the “laissez-faire” state by looking and analyzing tax policies and changes. I argue that the shift to direct taxation during peacetime defined this transition and aided in achieving domestic and imperial economic strategic objectives. It is entitled “Direct Taxation, the British Economy, and the Transformation of the British Fiscal State, 1783-1865.”

Selected Conference Presentations
2018 “Ideology, Legitimacy, and the Debate on the British Income Tax, 1799-1842,” pre-sented at the Southern Conference on British Studies, Birmingham, Alabama
2014 “Rebuilding an Empire: Pitt the Younger and the Financial Progress of the British Empire,” presented at the National Phi Alpha Theta Conference, Albuquerque, New Mexico

External
2019 Graduate Student Travel Award granted by the Southern Conference on British Studies
2019 Fellow for Jack Miller Center in the Summer Seminar Series, Philadelphia, PA
2019 Adam Smith Scholar with Liberty Fund, Carmel, IN.
2017 Fellow for the Society of Colonial Wars in the State of Maryland on behalf of the Society of the Cincinnati, Washington, D.C.