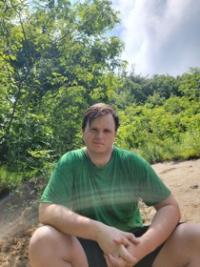 My current project now focuses on the time period between 1790 and 1833. My project questions if and how British foreign policy debates in Parliament and press affected Parliamentary Reform in 1832.

Firstly, I question how discussions of British foreign policy in Parliamentary debates and the press connect to domestic political issues and rivalries. Foreign policy debates served as a means of carrying on domestic disputes about the nature and proper functioning of the British constitution, about power and access to office, and about the nature of political parties or factions. In other words, I am questioning how British elites (i.e. politicians, authors, newspaper editors, and public speakers) used foreign policy debates in an instrumental manner to serve their own political goals and to further their own interpretations of the British Constitution.

On another level, I question if interpretations of foreign events in Parliamentary and press rhetoric grew into powerful interpretive frameworks in their own right—narratives powerful enough to shape the constitutional debates which had originally given foreign policy discussions their instrumental use.

For most of this time period, rhetoric about foreign events fatally undermined the efforts of Parliamentary reformers. By 1832 this had all changed. To what extent did the instrumentally deployed foreign policy rhetoric of the four preceding decades make Parliamentary reform seem a necessary and natural choice? I hypothesize that Parliamentary reform would not have made sense if Reformers had not had easy access to one of two competing narratives explaining the international events of the previous forty years. The reformers narrative of foreign events grew out of numerous failed attempts to critique and attack their ministerial opponents. The reformers narrative acquired convincing force because of the 1830 Revolutions. However, the 1830 Revolutions could not have influenced Parliamentary reform without fitting into an already established story of an international conspiracy against liberty stretching back to the 1790s.  I am researching the evolution/growth of a story that cast the domestic and foreign actions of Britain into a grand drama of despotism vs progress and liberty vs tyranny.

Review of Richard Stities, The Four Horsemen: Riding to Liberty in Post-Napoleonic Europe, in The Tuckasegee Valley Historical Review, vol. 20 (2014): 100-103

Forthcoming “Two Approaches to Grand Strategy and the Uses of History” Review article in War in History.