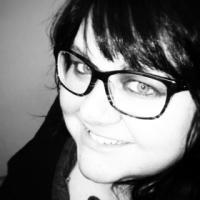 Christy Davenport is a PhD student who grew up in a home built prior to the 1840's in Hertford, NC, where her interest in Antebellum Southern history was fostered at an early age. Her current research was strongly influenced by this and includes the U.S. South and the Civil War, with a focus on enslaved life and identity, cultural aspects of the 19th century, maroon communities, and the environmental history of the upper south.  Christy can be reached via e-mail at cdd351@msstate.edu

“Decisions in Battle: A Psychological Look at Key Figures in the Civil War,” Undergraduate Cornerstone Research, May 2015.

“Maroon Communities in the Great Dismal Swamp: A Case Study in Self-Emancipation, Borderland Protection, and Survival by Kinship,” for the Spaces of Resistance Panel at the Southern Historical Association Conference, Birmingham, AL, November 2018.

“Review of The Secret Life of Bacon Tait,” for The Griot, November 2018.

“Review of Making Gullah: A History of Sapelo Islanders, Race, and the American Imagination,” for The Southern Historian, December 2018.

Contributor to ABC-Clio’s A Day in the Life of an American Worker: 200 Trades and Occupations in U.S. History, section on enslaved labor; assigned topics included Fieldhand, Washerwoman/Domestic Labor, and Overseer, 2019.

As a Graduate Assistant: Modern US, Early US, Mississippi History, World History up to 1500, and the History of American Popular Culture.

As an Instructor of Record: Modern US, Early US, and Mississippi History