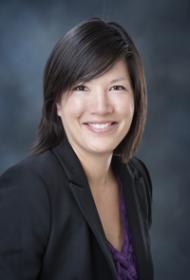 My most general scholarly interest is in how new forms of listening came into being, were maintained, and possibly faded away. In particular, I ask how did shifting listening practices relate to scientific understandings of auditory perception?  How did new perceptual systems co-develop with new sonic environments? My first book explored the relationship between psychophysical studies of sound sensation and music culture in nineteenth-century Germany and Austria. My current projects examine the co-development of new listening forms and background music technology and the standardization of listening practices among field scientists in twentieth-century America.

• “Huxley’s Loudspeaker: Dystopian Sounds of Control During the Cold War,” presented at the Annual Meeting of the History of Science Society, Utrecht, Netherlands, July 23-27, 2019.

• Invited talk, Opening the Doors of the Studio Workshop, Max Planck Institute for the History of Science, “‘Mother Nature had been digitalized’: Collecting sounds and naturalizing interior soundscapes, from 1970 to the present,” Berlin, Germany, June 24-25, 2019.

“Huxley’s Loudspeaker: Dystopian Sounds of Control During the Cold War,” presented at the Annual Meeting of the History of Science Society, Utrecht, Netherlands, July 23-27, 2019.

• “Calling the Wild: The psychoacoustics and ethics of mimicry in modern duck hunting,” presented at the Annual Meeting of the Society for Cinema and Media Studies, Seattle, Washington, March 13-17, 2019.

• Invited talk, “In the Clouds” ArtScience workshop, “My Pet Cloud: DIY cloud chambers at the dawn of the Atomic Age,” Stavanger Norway, January 24-26, 2019.

• Alexander von Humboldt Fellowship for Experienced Researchers, to conduct research at the Max Planck Institute for the History of Science in Berlin, Germany and the Rachel Carson Center for Environment and Society in Munich, Germany, Summers of 2017-2019.

• Fulbright U.S. Scholar Grant, to conduct research at the Norwegian University of Science and Technology in Trondheim, Norway, Fall, 2014 through Winter, 2015.

• Society for the History of Psychology (Division 26 of the American Psychological Association) Early Career Award, 2014.

• National Science Foundation Scholar’s Award for project titled “The Science and Technology of Threshold Sounds in Public and Private Spaces” (Award # 1256966).  Awarded through the Science, Technology and Society Program, Summer, 2013 through Spring, 2014.