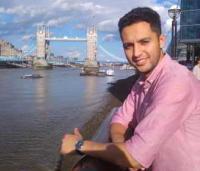 I am a third year Ph.D. student from Turkey. I study the importance of the Chanak Crisis (September-October, 1922) in the foundation of Modern Turkey.

• Review of Faulkner, Neil, Lawrence of Arabia's War: The Arabs, the British and the Remaking of the Middle East in WWI. H-War, H-Net Reviews. October, 2017.

• “From Enemies to Allies: The Anglo-Russian Rapprochement over the Eastern Question.” Accepted for Southern Conference on British Studies, Birmingham, AL, November 9-10, 2018.

• “War of Nerves at Chanak: Fighting Another Gallipoli?” Presented at Britain and the World Conference, Austin, TX, April 6-8, 2017.

“The Islamic Heartland and India, from the 11th to 16th Centuries,” World History Before 1500, Mississippi State University, November 2017.