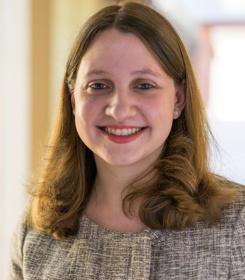 I am a historian of U.S. foreign relations and the Cold War. My book, Dreams for a Decade: International Nuclear Abolitionism and the End of the Cold War, examines nuclear abolitionists’ influence on the trajectory of the Cold War’s last decade. Interweaving the efforts of grassroots anti-nuclear activists and government officials committed to nuclear disarmament, this book reveals that nuclear abolitionism played a significant yet unappreciated role in ending the Cold War. My current research focuses on the pursuit of a “new world order” in the early post-Cold War era.

Dreams for a Decade: Nuclear Abolitionism and the End of the Cold War (University of Pennsylvania Press, 2023).

Book Chapters
“Ronald Reagan and the Nuclear Freeze Movement,” in The Reagan Moment: America and the World in the 1980s, eds. Jonathan Hunt and Simon Miles (Ithaca: Cornell University Press, 2021): 144-161.

“The Anatomy of Influence: East European Dissidents and the Transformation of European Anti-Nuclear Activism in the 1980s.” “Global Histories of Anti-Nuclear and Peace Activism in the Late Cold War” conference, hosted online by the London School of Economics and Political Science. March 25-26, 2021.